And with that opening statement, we continue our coverage of the corporate cronyism between the State of Maryland, Baltimore County, and Tradepoint Atlantic.

When you look at the above photo, you will notice that the tractor trailer is driving on a “brand spanking new” highway; one that turned the Peninsula Expressway into “The Yellow Brick Road” leading right to TPA.

This highway was paid for by the state with OUR tax dollars. But who was responsible for spending our hard earned money on yet another example corporate cronyism?

The buck stops at the desk of Governor Larry Hogan. Actually, in this case, it is millions of bucks flowing from the state treasury at the direction of our RINO leader.

Did we also mention that Gov. Hogan wanted to spend billions of our tax dollars on another corporate crony by the name of Amazon?

For the record, the Post has written about this numerous times, and party affiliation makes no difference on the matter. In our opinion, the situation deals with right or wrong, not which side of the political spectrum one happens to fall.

To prove our point, there were several studies conducted about the cancer known as corporate cronyism that, at least in this case, should set the record straight. These all document governments funding the activities of privately owned companies.

An interesting article from the Hoover Institute describes the economic deprivation caused by this type of corporate welfare. The article actually delivers a lot of common sense about dollars and cents–it describes the impact of low-wage jobs offered by companies and corrupt politicians. This is what happens when the pols’ only intent is to fool the public into thinking they are increasing employment opportunities when all they are really increasing is the bottom line of companies like TPA.

Here’s an interesting quote from the article:

We may think that corruption is a problem of poor nations, but there is a great deal of crony capitalism in the United States. Affirmative action is one form of wholesale corruption that is prominent in the United States. By definition, affirmative action involves tipping the scales in hiring or admissions decisions in favor of particular favored groups at the expense of others.

One of the key players in this issue, along with his cousin Jim Davis, is featured in the photo and caption below: 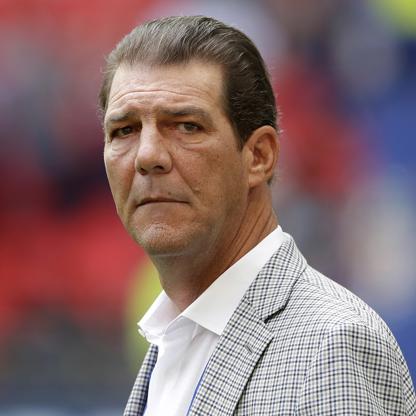 To get a better insight into this relationship, read the coverage featured in The Baltimore Brew.

Here is an interesting quote from an article that was published in July 2014:

The president of Redwood Capital Investments, R. Alan Butler, is a longtime employee of the Allegis Group, which Davis founded with his cousin, Baltimore Ravens owner Steve Bisciotti. Davis and Bisciotti turned the start-up into a $6-billion international staffing company.

The link between TPA and the state goes deeper than the governor. You may remember this slipshod arrangement cooked up by the MTA to provide TPA with a constant source of cheap labor by offering a direct transportation route from Baltimore City to the TPA site.

While photographing the TPA facility and highway along the Peninsula Expressway, the Post observed at least four EMPTY MTA buses going into and exiting the company.

What a great use of our transportation funds, folks.

This issue was addressed at the recent Democratic gubernatorial debate. When the topic of fiscal responsibility was raised, one candidate admonished Governor Hogan for attempting to lure Amazon to Maryland with $5 billion worth of incentives.

Because certain types of matter–namely fecal–tend to roll downhill, the county has joined the state in providing a pool of political cronies that are padding the bottom line for private industry. As this article points out, Baltimore County politicians are also deeply involved in corporate cronyism.

The Baltimore Post will continue reporting on this issue. We know full well that the outcome will affect the taxpayers of Maryland, as well as drastically change the landscape of the 6th Legislative District and, more specifically, Dundalk.

Stay tuned, folks. Before we are done reporting on this issue, some of that brand new tar applied to the Peninsula Highway may start to bubble up.

Jan. 6 inquiry thrusts Secret Service back into center of controversy

R. Kelly 'Survivor' Kitti Jones Says He Needs To Admit What He Did, Get Therapy – TMZ